“I wrote “Homecoming” on one of those many return journeys I’ve made to Madras. One of the things I always find when I come back home is the level at which life plays out, and after the tsunami in 2004, when I wrote this poem, I remember thinking how strange it was that this usually brash city was suddenly holding its breath.

My relationship to the city is very complicated. Similar to how Bruce Chatwin felt about Russia. “Whenever I’ve been to Russia,” he wrote, “I can’t wait to get away. Then I can’t wait to go back.” That’s how I feel about Madras-Chennai.

This essay I wrote says it all.”

I forgot how Madras loves noise —

and Gods and babies

and Brahmins who rise

down streets with drums and rose-petals,

How vendors and cats make noises

of love on bedroom walls and alleyways

of night, operatic and dark.

and scooters have larynxes of lorries.

How even colour can never be quiet.

How fisherwomen in screaming red —

with skirts and incandescent third eyes

and Tamil women on their morning walks

in saris and jasmine and trainers

can shred the day and all its skinny silences.

I forgot how a man dying under the body

of a tattered boat could ask for promises;

how they could be as soundless as the sea

on a wounded day,  altering the ground

of the earth as simply as the sun filtering through —

the monsoon rain dividing everything.


(Published in Countries of the Body)

TISHANI DOSHI is an award-winning poet, novelist and dancer. She has published five books of poetry and fiction. In 2006, her debut collection Countries of the Body won the Forward Poetry Prize for best first collection. She is also the recipient of an Eric Gregory Award and winner of the All-India Poetry Competition. Girls Are Coming Out of the Woods (poems), will be published by HarperCollins in 2017.

“I spent most of my childhood incredibly unhappy with what I was calling “home”. As I grew older, though, I started to love my hometown of Tucson, Arizona a lot more. But in March 2016, I traveled to Boise, Idaho for the first time to feature at a poetry slam, and I met some of the most incredible people that very quickly became my best friends. All throughout my life, I had really only ever had 2 best friends, so the fact that I was able to find at least half a dozen people I clicked with so easily still sort of astounds me. However, this taught me that sometimes home really isn’t a physical setting–it can be the love you find in that physical setting. I officially moved to Boise in September 2016, and I still can’t believe how lucky I am to have this place (and these people) to call home.”

I Constantly Thank God for Sad Songs & My Best Friends

Kate always sings that song about finding, her voice

made entirely of need. Before I knew her,

she was in a band, and on rainy days she writes

music about cities we’ve never been to, and

the pills that aren’t totally working yet. Emily has

a tattoo on her leg dedicated to the punk rock ballad

we’ve screamed out her car window so many times.

It’s dark red  and constant on her skin. We all still have

some teeth trailing down the highway. Alex kissed me

at my first concert—we were playing Spin the Bottle

with some crushed Dasani plastic a stranger

fished out of his backpack. When that fickle compass

pointed itself at me, they cupped my jaw

in both their hands, and suddenly I was every song

ever written about your friends carrying you home.

We all first met before we performed in a poetry house show.

We crammed ourselves into Kate’s kitchen to make

a playlist and eat curly fries. By the time the show started

in the next room, the playlist was almost 9 hours long.

That was the night I started calling myself Lucky again—

it’s been over a year, and that is still a name I carry

every night we are together. We’ve danced together

in so many different living rooms. Most of them

are not ours anymore, but the music still is. We share

mirrors and lipsticks. We play songs using only

two chords. We get rashes on the backs of our thighs

from sitting in the grass for hours and talking.

I have not prayed in years, but I still constantly

thank whatever God is here with me for leading me

to this city, and that porch, and these three hearts

that love me more viciously than anyone else ever has.

I thank Them for all those love songs I listened to

actually exist, and are now about how my best friends

have made this world a beautiful, tough place

I never thought I would adore the way I do now. 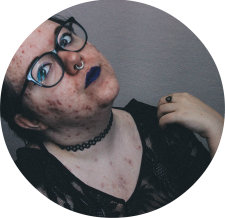 LYDIA HAVENS is a poet, editor, and teaching artist currently living in Boise, Idaho. Her work has previously been published in Winter Tangerine, Voicemail Poems, and Drunk in a Midnight Choir, among other places. She was the Women of the World Poetry Slam Youth Champion in 2015, and her first full-length collection, Survive Like the Water, was published by Rising Phoenix Press in 2017. You can find out more at http://www.lydiahavens.com/

“Surprisingly, the word ‘home’ does not bring forth a concrete, definitive image to my mind. It is in this ambiguity that my idea of it is rooted. I do not think of it as a linear state of being, but a conglomerate assemblage of various people, places, sounds, sights and smells.

Architecture can only make up for as much as one would like it to. But that which transpires in the empty spaces defines our ability to transcend geography. The voice of the wind, the face of a bird as it appears from an old window. The silence of what evanesces to stay, to linger.

I’m actually reminded of the title of one of Mahmoud Darwish’s books, “In The Presence of Absence.” It is a state of presence-like absence. That which is there, yet not. Perhaps home isn’t a constant unto perpetuity. It is an ephemerality that extends into infinity.”

There is
a birch veiled

even after
they have stopped 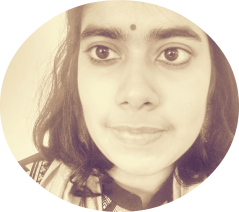 TRIVARNA HARIHARAN is an undergraduate student of English Literature. She has authored The Necessity of Geography (Flutter Press), Home and Other Places (Nivasini Publishers), Letters Never Sent (Writers Workshop, Kolkata). Her poems appear or are forthcoming from Alexandria Quarterly, Allegro, Birds Piled Loosely, Random Sample Review, Sweet Tree Review, Open Road Review, TXTOBJX, Red Bird Chapbooks, Fourth & Sycamore, Eunoia Review and others. She has served as the editor in chief at Inklette,poetry editor at Moledro and Goodwill Ambassador for Postcards for Peace. She is the poetry editor for Corner Club Press. Besides writing, she learns the Electronic Keyboard, and has completed her 4th Grade in the instrument from Trinity College of Music, London.

is still home
though the buildings
are bigger

than i remember
the trotting I left

has since sped to a gallop.

older than my Momma

but ain’t my  Momma

yeah the city has changed
and so have I

left with a loping gait
returned with a straight
back  swagger

and the key still works.

DERRICK WESTON BROWN holds an MFA in Creative Writing from American University. He is the founding Poet-In-Residence of Busboys and Poets. He is a graduate of the Cave Canem and VONA summer workshops. His work has been published and featured in such print journals and online publications as, The This Mag,  JoINT, Colorlines and The Tidal Basin Review. His debut collection of poetry, Wisdom Teeth was released in 2011 through PM Press. He resides in Mount Rainier, MD. You can follow him on social media on Facebook, Instagram- @theoriginalDerrickWeston Brown or through the PM Press website.

DEVANSHI KHETARPAL lives in Bhopal, India. She is the editor-in-chief of Inklette Magazine, a poetry reader for The Blueshift Journal and a co-managing editor for Sprout, and previously served as a poetry editor for Moledro Magazine and Phosphene Literary Journal. Her poems have been published or are forthcoming in Disquiet: Murmurs From The Faultlines, Indian Literature, Vayavya, TRACK//FOUR, Drunk In A Midnight Choir, and Souvenir among others. Khetarpal is an alumna of the Iowa Young Writers’ Studio 2015 and the UVA Young Writers Workshop 2016. Her work has been recognized by Hollins University and Columbia College Chicago. This summer, Devanshi will be a participant of the nonfiction workshop at the AAL Writers’ Retreat in Siglufjörður, Iceland. She will start college at New York University this fall.