Although the spirit of queer pride should last 365 days a year, today marks the last Friday of Pride month 2019. Here are the top picks of LGBTQ+ literature or works of literature written by LGBTQ+ writers to last you all until June 2020.

Links to buy books mentioned below through Amazon can be accessed by clicking on the titles.

Annie on my Mind by Nancy Garden

I found this book at a time when I was just beginning to come to terms with my queerness and it helped normalize being gay for me. While this love story between two girls takes place in the 1980s, the nuanced character development and intricacies of the love explored helped me realize that being all forms of love deserve to exist not solely defined by their political status.

I read Tin Man on the recommendation of a friend, unaware of the storyline or the synopsis. The story I encountered was perhaps one of the most emotionally poignant ones I had read. Tin Man depicts love and sexuality beyond the cardboard boxes we put them in and touches upon art, friendship, and desire by freeing these from their socially gendered labels. It’s a warm, gradual narrative on sadness and nostalgia, and the transformative potential of love.

While the poems in this collection often deal with the conflicts of history, politics, culture, and family, hope and beauty win out for the view of the future. Her poems cross boundaries into the vulnerable to reveal how loving someone can help you love the world.It’s published by Artoi Books, which is an imprint of Red Hen Press (Arktoi Books publishes literary poetry by lesbian writers). 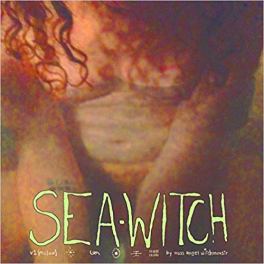 I think Sea-Witch was revolutionary for me: a work centered around transsexuality, a genre-fluid/genre-defying and literature-altering book, Never Angeline Nørth’s book is about a girl monster, a witch-god, about their origin stories and journeys and narratives. I don’t know how to summarize this book but I do know that this book will change the way you look at and critique texts, and I believe it is a great introduction, both in terms of form and content (as much as I despise considering those as the two components of a text), to what the category of LGBTQ+ literature is and can be. Sea-Witch helped me come to terms with my still-developing notion of what my own sexuality is and what it means to me. The book sounds tumultuous but that is the beauty, that is its defiance, and that is what motivates me to make peace with my tumultuous sexuality.

A Single Man by Christopher Isherwood

Christopher Isherwood was one of the first queer authors I came across during my English studies, and his stories opened up new perspectives to regard the world I’d grown up in. In my private Isherwood collection, A Single Man still stands out most remarkably. An artistically crafted story about seclusion and otherness, it tells the tragic end of a curtained love in a homophobic society that grants no (public) closure for the bereaved. But more powerfully, Isherwood’s insight into a single day of a grieving man revealed to me the beauty of two men in love – physically and emotionally. Reading A Single Man, you’ll certainly be touched by the despair that travels from the first to the last page. But I also hope that you’ll be ignited – to make reality better.

What Belongs to You by Garth Greenwell 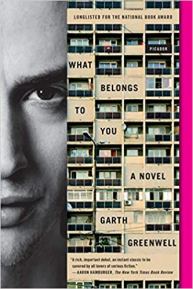 Look Garth Greenwell up on Youtube and listen to him read aloud from his work before you read this novel. He was trained as poet before turning to prose, and his history shows in his work: every sentence has a rhythm that demands to be read aloud. That isn’t to say that the ideas of his work don’t matter, but auditory beauty is a nice way to ease yourself into the story that is ultimately devastating. The story follows an American professor teaching in Bulgaria, who pays a young man named Mitko for sex and comes back to him again and again. The driving question of the novel is whether Mitko really has a connection with the narrator, or if it’s all just loneliness making infatuation feel like love. I’m not gay, I’ve never been to Bulgaria, and the world of illicit sexuality described in the book is something I’ve never experienced. Which might have been part of why I liked it so much: much of the power of fiction is to show you what you’ve never known or seen. But even more powerful is the universality of the book. Wondering if your love is real or not is something that every romantically-inclined person has felt, no matter who you are or who you love.

To view staff bios and learn more about our staff, check out our Masthead page here.